A Princess Cut diamond is the second most popular diamond shape and is fast growing in popularity due to its clean lines and glamorous amount of sparkle. It combines a unique faceting style with sharp, uncut corners and an ice cool design. 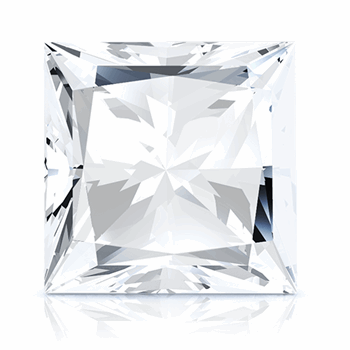 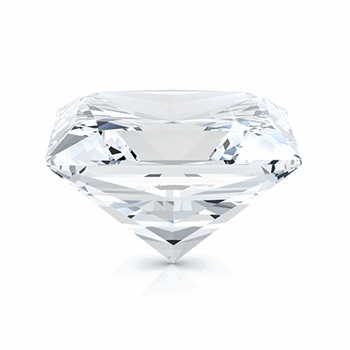 Square is the new Round.

Though technically the Round Brilliant is better optimized to reflect the maximum amount of light, the Princess Cut comes very close and is an excellent choice if you’re looking for the ultimate sparkler. It’s perfect for those who want the fire of a Round Brilliant in a less traditional form.

We Say
Look for a stone with the optimal length to width ratio of between 0.98 and 1.02 for that crisp square profile. 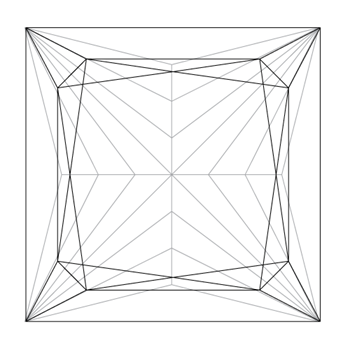 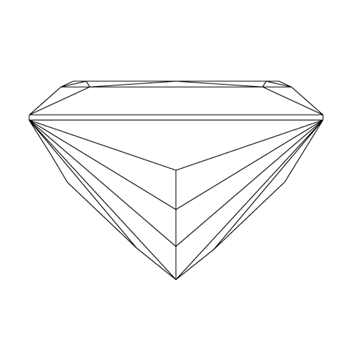 Unlike other square styles (Emerald and Radiant) the Princess Cut does not have clipped corners. If choosing a Princess Cut, bear in mind the sharp corners are a point of weakness and can be easily chipped so ensure they’re protected by the setting.

Currently, there aren't any universally accepted standards for grading the cut of Princess Cut diamonds so certifying laboratories don’t do it. Instead, it’s down to individual retailers to evaluate the quality of the cut for this shapes.

We’ve developed our own criteria to provide consistent cut grading for all the Princess Cut diamonds we offer. These take into account factors such as table and depth percentage, polish and symmetry, and length to width ratio.

Refer to the table below to see how we grade Princess Cut diamonds.

The Princess Cut is a generic cut, meaning it hasn't been patented by or attributed to one designer. It emerged in the 1960s and has its basis in the 15th Century French Cut, which was used to create typically square or rectangular stones with a ‘cross’ pattern clearly visible in the crown. Compared to the French Cut, the Princess Cut has more facets giving it much more sparkle.

Over the years, the term Princess Cut has been used in connection with other styles of cut, such as the Profile Cut designed by Arpad Nagy (London, 1961).

In 1971, Basil Watermeyer of Johannesburg introduced the ‘Barion’ Cut, a square cut diamond with 4-fold mirror image symmetry, clipped corners, and a total of 81 facets. The Barion Cut has since faded into obscurity but it is generally considered to be the forerunner of the Princess Cut we know today.

A contemporary classic, the Princess Cut is both fashionable and elegant, with a clean, sparkling style that’s designed to last. It’s the best of both worlds for those who want the fire, brilliance and scintillation of a Round Brilliant in a neat, modern package.

A Princess Cut looks good on almost all hand types but is ideal for long fingers as the horizontal lines balance the vertical.

As the second most popular shape, there are many styles of setting designed for the Princess Cut giving you much more choice than you might have for, say, a Marquise.

Because of its pointed corners, a Princess Cut diamond requires a four claw setting to prevent chipping.

search for a princess diamond ring